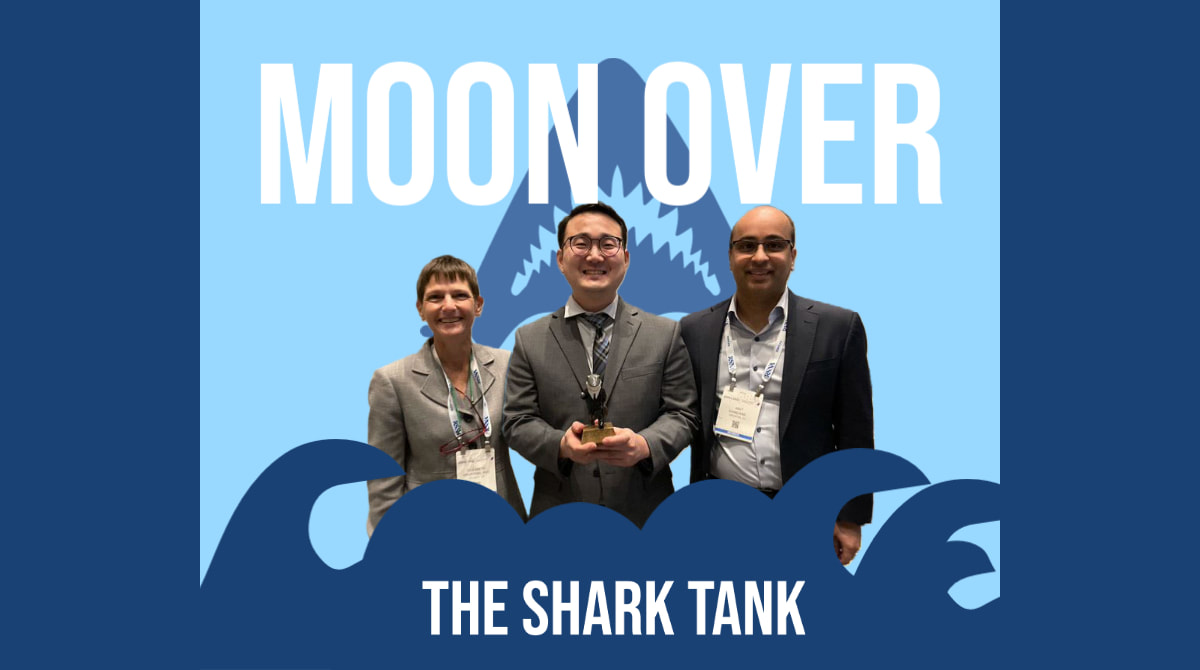 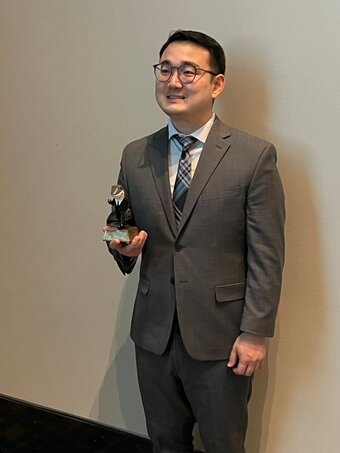 "It was a huge honor to present for the Shark Tank competition and to represent Emory as the finalist and winner," he says.

Earlier this year Dr. Moon was awarded a $250,000 two-year research pilot grant from the School of Medicine's Imagine, Innovate, Impact (I3) grants program to further refine the technology with his faculty mentor Zachary Bercu, MD, RPVI.

Dr. John Moon pitches Bioflow during RSNA in November.
The 2022 Shark Tank competition started with the call for nominations in February. Each Academy member or member institution can nominate one project or project team. Nominees then completed a daunting written application. From that pool, the judges invited a select group to pitch virtually in early summer.

Dr. Moon joined two other teams to make their final pitches during the RSNA annual meeting in Chicago. Well-qualified experts volunteered to judge the competition: one each from industry leaders GE Healthcare and and Blue Cross Blue Shield Venture Partners; an intellectual property lawyer specializing in medical devices and computer software; a healthcare venture capitalist; and the president of the academy, Mitch Schnall, MD, PhD, who also is radiology chair at the University of Pennsylvania.

While the competion is billed as fun, it's also a great learning and networking opportunity. Dr. Moon appreciates both aspects.

"I learned an incredible amount about the commercialization process and how to deliver, with both brevity and clarity, a business plan in only six minutes. The increased exposure, new connections, and new insights gained from the competition will no doubt help inform the next steps in Bioflow's development. I am really appreciative of the support the department has shown."