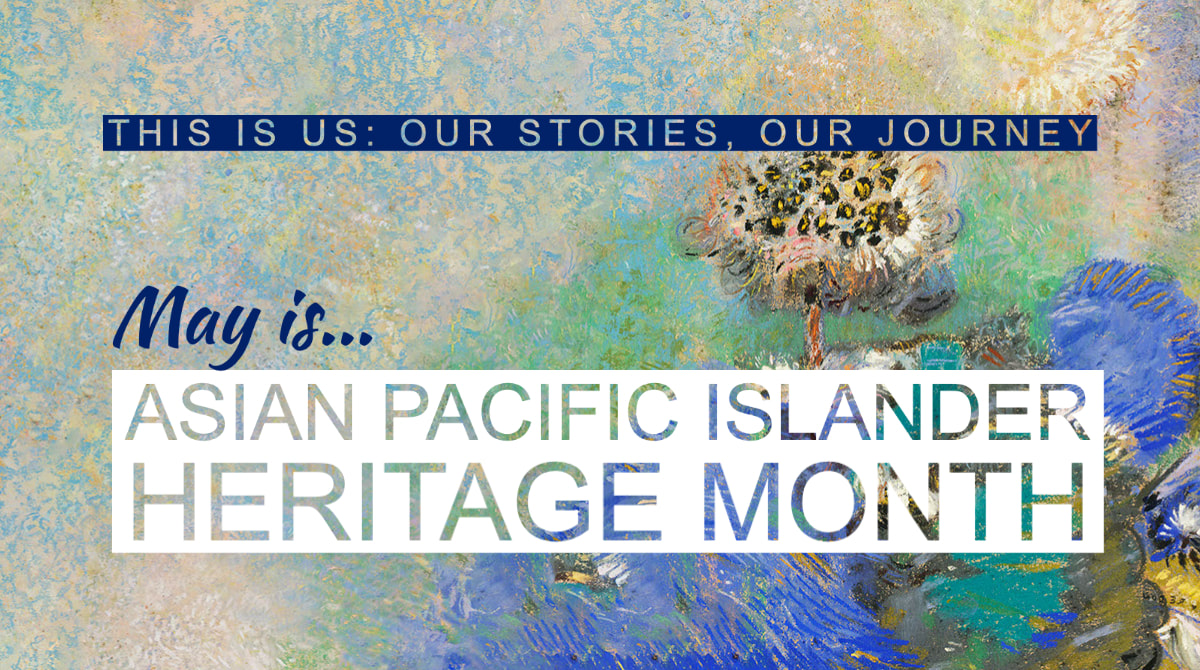 According to the Library of Congress,

The month of May was chosen to commemorate the immigration of the first Japanese to the United States on May 7, 1843, and mark the anniversary of the completion of the transcontinental railroad on May 10, 1869. The majority of workers who laid the tracks for the line linking the Atlantic and Pacific coasts were immigrants from China.

The stumbling efforts to honor the contributions and importance of people from Asia and the Pacific Islands in America is emblematic of long-standing racism. Such racism fueled grievous lawmaking like the Page Act in 1875, which prohibited immigration by Chinese Women, and the Chinese Exclusion Act of 1882, which additionally barred Chinese immigration by men, both after exploiting more than 15,000 Chinese workers to complete the western miles of the transcontinental railroad. Franklin Delano Roosevelt’s Executive Order 9066 in 1942 authorized incarceration of Japanese Americans in internment camps and the 1920s-era National Origins Formula discriminated de facto against Asians seeking to immigrate to the US until it was repealed in 1965 by the Immigration and Nationality Act. History reminds us that hate too readily grows and too vigorously resists its own demise.

History also boasts of a long and growing list of the remarkable achievements of Asians and Pacific Islanders, smiles widely at the comforts and innovations in our lives today—the USB and YouTube among them—were it not for Asian and Pacific Island Americans.

Today, as anti-Asian sentiment continues to fuel false narratives and deadly violence against Asian and Pacific Islander people in the US, we proclaim our collective and personal appreciation for our beautifully diverse colleagues of Asian and Pacific Islander descent. We reaffirm our commitment to diversity, equity, and inclusion across Emory Radiology. We listen as our colleagues share what makes them proud of their culture and heritage and celebrate with them. We also pay close attention to their fears and commit to changing mindsets and conditions that threaten our colleagues, our neighbors, our patients, our friends, our students—our Emory family members whose Asian and Pacific Island heritage blesses and enriches us. We stand together.

I actively promote awareness of and appreciation for my identity as an Asian American woman because our powerful, diverse, and unique voices can be silenced, dismissed by unfortunate stereotyping and fetishization of our identities. I’m not sure that I have all (or any) of the answers, but actively listening to minority folks when discussions of diversity are raised could be a start. I’ve been in discussions regarding diversity where the only commentary you heard were from people who occupy majority privileged positions, and actual minorities (like me!) couldn’t get a word in edgewise. Even if these folks are attempting to offer ally-ship, it’s still honestly a demoralizing, silencing experience.  We have such wonderful diversity inherent in the amazing people in our department—it’s a rich tapestry for everyone to appreciate and tap into, and ultimately learn and grow from. Sometimes I fear being labeled or identified as Chinese American because *cough* Kung Flu *cough* commie spy *cough* perpetual foreigner.

I am proud to be Asian American because I can share my culture and experiences in a positive and meaningful way. As a father, we are raising multicultural children and I want them to view the world with openness and feel safe doing so. There needs to be more safety in the community and more involvement in outreach and political action. I appreciate Emory Radiology when it comes to diversity, equity, and inclusion because all are welcome and have a seat at the table where important decisions are made concerning our department, staff, and patients. Caring about diversity, equity, and inclusion makes us better healthcare providers. 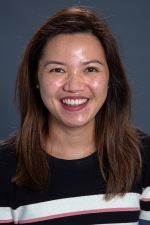 I am proud to be Vietnamese American. My parents and grandparents were refugees from the Vietnam War in the 1970s. They started with very little besides the clothes on their backs and have worked to give my sister and me great opportunities in life. I have a lot left to learn about my family’s Vietnamese heritage and immigrant experience, while also figuring out what it means to be Vietnamese American. I would like people to ask how to pronounce my name if they do not know, and to take the time to learn it. You can’t get to know someone if you are continually mispronouncing their name. I feel this is a small ask. Sometimes I fear being labeled Asian American because it makes me feel that I am expected to behave a certain way, or that I am fulfilling a stereotype. Growing up, I tried to blend in and not be “different” so sometimes it is alarming to have my race or at times my gender pointed out to me, even though I know I should be proud of my heritage. These are parts of my identity that I am still working to acknowledge and embrace, especially publicly.

I strongly identify as an American Muslim. Racially, I identify as South Asian. More specifically, I am Pakistani-American. We all carry multiple identities. I feel incredibly fortunate that my cultural identities and faith practices give me deep access to ideas, principles, communities, people, norms, cultures, languages, and approaches to problems which fundamentally strengthen the team service we provide here at Emory and in my time spent outside of work.  I appreciate that our Department has made space for me to come to work as I am without having to censor portions of my own experience. I am committed to upholding that environment and providing the same sense of inclusion to others from all backgrounds.

About This Is Us: Our stories, Our Journey

This Is Us: Our Voices, Our Journey
Home